SO WHAT DOES THIS MEAN? 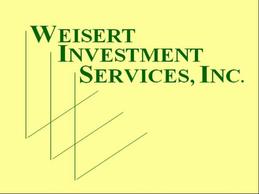 So how can we put this to good use?  You know that over the years I’ve been a big proponent of “Price” moving averages to determine trending market direction.  But what about those times like the first and last quarter when you have those volatile, non-trending times.  This is when we would shift gears and additionally utilize the Bollinger Bar Chart.  If the orange daily bandwidth line is above the red line, we’d take a more conservative approach and be hesitant on taking any “new” position, while maintaining old positions.  As such there would be a corresponding increase in cash allocation.  Should the orange line cross below the red line, then we would revert to the strategy we’ve successfully used in the past for trending markets.  Hopefully incorporation of the Bollinger Band will provide improved results with less volatility as verified during the back testing that was completed.

Past Years in Review

The first topic that I’d like to address are the chaotic markets in 2018.  Overall, the markets had their worst year since 2008 and if there was one word to sum it up it would be “Volatility”.  In over forty years of investing I’ve never seen markets like this and the following evidence supports this perception.

Next let’s look at intraday volatility, or the range the market moves between its open at 0930 and close at 1600.  For this we’ll look at the point difference between the S&P 500 high and low and divide it by the opening price.

That said, 2018’s volatility was similar to bookends in that the majority of the volatility clustered in the first and last quarters.  If you look at the chart of the S&P 500 (blue line), you can see the nice run up in January followed by a swift sell-off in February and then choppiness into March.  For the next six months, April though the end of September, we saw a nice upward “trending” market and all was good as the market was making new highs.  Then October rolled in and we got the right side “bookend” volatility.  Through the end of November, the S&P 500 could not make up its mind as to which direction it wanted to go (circles 1 thru 7).  Then in December, the floor fell out and the market sank to new yearly lows. 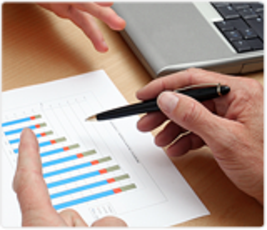 What is also telling on the chart is that purple channel surrounding that blue price line.  Its official name is the Bollinger Band and it is a measure of volatility.  Specifically, an upper (green) line and lower (red) line are drawn on the price chart which captures 95% of price movement over the last 20 days.  The distance between these lines creates a band which expands with strong price fluctuations and contracts during consolidations.  You can see that expansion in the volatile first and last bookend quarters, and that channel currently stands at its widest level as we finish out 2018.Which then brings me to the second chart.  Instead of using an eyeball assessment of the channel width, we wanted to quantify it.  The chart below shows the S&P 500 price in blue, but also shows the actual daily channel width indexed by the vertical orange lines.  Again notice the correlation between those first and last quarters and the height of the orange bars.  We then overlaid a red line which is a 250 day moving average of the orange channels.